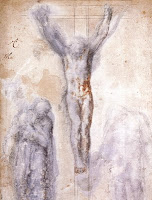 In an economy that is not looking very abundant; it is awesome to read in the Bible how God is still supplying abundant grace. Romans 5:17b says, "much more will those who receive the abundance of grace and the free gift of righteousness reign in life through the one man Jesus Christ."
You might be struggling with where the money will be coming to pay your electric bill this month, but their is no shortage of God's grace in Jesus Christ. This grace by the way is not cheap either, it came at the highest cost anyone ever could pay, the death of Jesus.
So, we in California are seeing a budget being passed to balance the state indebtedness and a nation passing a bail out plan for the country, and these will not be anywhere close to the assurance you and I in Christ can have in the free gift of grace, and it's daily abundance. The follower of Jesus has an abundant grace that will never be shaken or taken away. This is God's promise to you. Live in it!!
Posted by Eric Van Patten at 10:54 AM 1 comment:

hope in the gospel

Been pouring over Romans 5 today. What a great section to a tremendous letter to the followers of Jesus in the first century expression of the gospel in Spain. How relevant today. Many folks are hopeless, and others have misplaced hope. Both are not Biblical. Hopelessness is not of God. He is author of hope and center point of it. How so? In Jesus. His justification by stepping between the wrath I deserve from God and the results of my rebellious sinful nature is outstanding. He makes me just before God. His blood, His death, His Resurrection. All of it. I can have hope because of Jesus. This runs counter cultural to misplaced hope. Hope in my achievements, my materialism, my personality, and even my relationship of others can misplace my hope in the gospel It can misplace it because it will minimize the power of the gospel and the hope I can have in it now, everyday, and when I see my Savior Jesus face to face. Hope in the gospel today. Jesus tells me not to worry about life, not because life is all good, but because Jesus is the author and finisher of life. I hope in that now and continuously. May you find hope in the gospel of Jesus today and forevermore. Keeping my eyes on Jesus.
Posted by Eric Van Patten at 1:22 PM No comments: 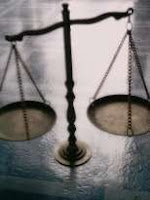 I watch it too. Statements from the President, promises from elected officials with plans to help a struggling economy. Now, I'm not a political analysts by any stretch of the imagination, however, I know people, and they are frustrated and confused. What seems to be hanging in the balance over the past couple days in speeches and interviews is the US government coming to bail out America. I'm not sure if that is the best course of action. Especially when we have been founded upon the principle of a government by the people and for the people. If money is going to be handed out to help and government is going to get bigger by doing that, than I think we will soon have a balance problem boarding on socialism. The first large sum of 300 billion was already given away to banks to make their bottom line larger, and yet it has shrunk in areas that businesses and people use banks most; lending. This was an imbalance of financial distribution in my opinion. However, now the executive wing of government wants to withdrawal another 600 billion more to try and stimulate the economy. I think a more plausible way in doing that is giving the balance back to the people. Hand money to them. They will, in a short period of time, infuse the economy by givings back into jobs, merchandise, travel, debt pay downs, home improvements, and daily cost of living expenses. This will in turn produce consumer confidence and give back the billions right back into the private sector for economic stimulus. But heck, I don't have a clue here, right? I "need" my government to get dramatically large and in turn I get incredibly dependent upon them. Sounds like a horror story of a adult dude living at home off the good graces of mom and dad. Balance is what is needed and I for one will be praying that this will happen, for the sake of future generations.
Posted by Eric Van Patten at 10:24 PM No comments: 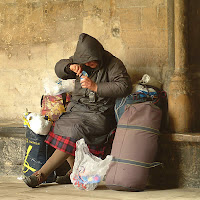 Obviously times are hard. Economy, jobs, housing, foreign policies, and much more. The real question is when have times not been hard? They always have been. Every generation has seen them. It is not new under the sun, and in every generation there are stories of difficulty. We can hear them from the media or through the networks of people who have heard something about them. However, when do you get to hear and see these stories in an opportunity of service? This was what Elevation Church had the opportunity to do on January 31st of this year. We served those who have fallen on hard times. We heard their stories, and looked into their faces as we sat at the tables set by us to dine at for an evening meal of lasagna and fellowship. Family groups from Elevation came to share their lives with the least of these. Knowing full well that we are all a step away from being least. It was good to do the gospel with my church and I have to say as a Pastor it was encouraging to be serving the homeless of our area. We have been set in this generation for the purpose to be a gospel (good news). This gospel is founded in the deep and abiding relationship of Jesus, and we at Elevation were honored to be used to minister to these people of hard times, people who are in need like us all.
Posted by Eric Van Patten at 11:06 PM No comments: